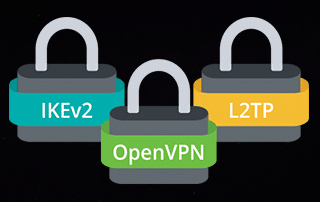 The following guide will describe a VPN Protocol, and which is the Best VPN Protocol to Use on your internet-connected devices.

A virtual private network (VPN) is a network connection that keeps unauthorized access to your data and identity only. In other words, a VPN will mask your IP Address.

This prevents your ISP, the government, hackers, and app developers from logging what you are accessing while online.

Remember that VPN uses encapsulation (to wrap data packets with another type of packet so information remains hidden) and encryption (to encode and decode data to prevent unwanted packet intercept through a decryption key).

While all VPNs use both encapsulation and encryption, they don’t all share the same technologies.

For more detailed information on VPNs including installation guides, we suggest viewing our in-depth VPN Guide below.

What is a VPN? Your Complete VPN Guide

VPNs have varying protocols and quality VPN service providers, like IPVanish VPN, allow its users to select which protocol to use.

The selection depends on one’s preference for security level, speed, device, and setup complexity. Each has its pros and cons. Therefore, knowing which VPN protocol to use can help in optimizing your online experience.

This article is categorized into the following sections:

What is a VPN Protocol?

A VPN’s primary goal is to encrypt your connection to the internet and masks your IP address. The extent of protection depends on the encryption protocol that you are using.

Simply put, a VPN protocol decides how your VPN will keep data transfers secure and private.

What makes a protocol effective is its ability to implement protection to your traffic through encryption, hash authentication, ciphers and cracking resistance.

The more complex the algorithm of the cipher is, the more difficult it is to crack using brute force or exploits.

VPN protocols have different specifications. While one protocol’s strength is ultra-fast speed, another protocol’s advantage is its level of security.

Why is a VPN Protocol Important?

A better level of security and privacy is needed throughout the network but if you don’t have a VPN, your address is made available for your internet service provider (ISP) to check.

However, with a VPN, you are guaranteed that no snooping takes place. But to achieve this, a VPN protocol is needed to have extra security, faster speed, and better configuration.

By understanding the basics of each VPN protocol, you will be better informed on what encryption protocol best optimizes your online experience.

What are the Major VPN Protocols?

There are a lot of VPN protocols to choose from and most non-tech folks get easily intimidated by the technical names of each. But you don’t have to be tech-savvy to understand their differences. 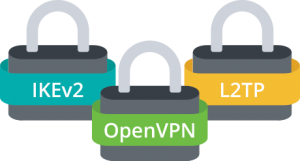 Here’s a simplified description of each VPN protocol.

The Internet Key Exchange v2 (IKEv2) protocol is also paired with IPSec for authentication and encryption. It is open-source (if you don’t prefer Microsoft’s version) and can support both native and third-party clients.

IKEv2/IPSec is often used in mobile devices on either 3G or 4G LTE. That’s because when you suddenly encounter interruptions in your network connection, it can help you re-establish it quickly (think of switching your connection from Wi-Fi to mobile).

In addition, its network switching capabilities are second to none across most types of network. It’s one of the fastest protocols today as well as the most secure.

Despite this, the protocol is not commonly supported since it’s harder to implement on the VPN server side (with its configuration being complex). It’s also blocked by most firewalls. 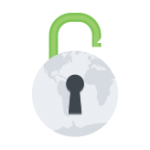 Point-to-Point Tunneling Protocol or PPTP is considered one of the oldest protocols in the industry. This was introduced by Microsoft in 1195 in consortium with other tech companies.

Those who have gone through the hassles of dial-up networks should be familiar with this protocol.

Today, PPTP is used only in certain applications where no heavy encryption is required such as intranet (think of your office’s internal network).

In addition, it’s very easy to set up. In fact, many devices today have built-in PPTP in them.

It’s also commended for being one of the fastest VPN protocols around considering its lower encryption standard. The more inferior security features, the better connection speed there is.

Compared to other modern protocols, however, PPTP’s security can be cracked easily as the general VPN industry improved. Its exposure to many vulnerabilities such as MS-CHAP-v1 and v2 comes as no surprise then to critics and security analysts. 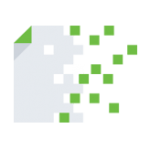 Layer 2 Tunnel Protocol (L2TP) is a recent protocol that is regarded as an extension of PPTP. However, it lacks any integrated encryption on its own that’s why it is paired with Internet Protocol Security (IPSec).

IPSec contains the technology that manages the authentication between the computer and the VPN server. And since L2TP cannot support double encapsulation (to set up the PPP connection and then the IPSec encryption), IPSec is a viable pair.

This makes such pairing a better alternative to PPTP.

In terms of security, this protocol uses the 256-bit AES standard encryption, which has hardly encountered any vulnerabilities, making it almost impossible for any type of brute force attack (even by the government) or man-in-the-middle intrusions.

As such, it’s known for accessing the internet through a VPN with improved security and easy setup for average online users.

The downside to using this protocol, however, is that double encapsulation makes it slower relative to other protocols.

This is because traffic has to be converted into L2TP form first plus the addition of the second encryption layer.

One of the newest protocols available, SoftEther is an open-source VPN multi-protocol (serving different protocols as a server). The VPN protocol is constantly updated.

Its advantage over OpenVPN is its range of functions such as GUI Management and Dynamic DNS Function.

In terms of security, this protocol has been praised for its stable and consistent encryption across various OS including Linux.

It’s not common to find SoftEther among many VPN providers though. This is because it doesn’t have native OS support and users have to install it on their devices rather than getting it directly from their VPN service provider. 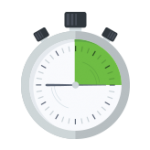 Secure Socket Tunneling Protocol or SSTP utilizes 2048-bit SSL/TLS certificates for authentication and 256-bit SSL for encryption. It’s trusted for the security level that it provides, which supports both native and third-party clients.

SSTP works on both Windows, Android and Linux but it’s popular only among Windows users because it’s easier to get fully integrated compared to other OS.

One advantage of SSTP is that it can be configured using the AES encryption so users seldom encounter issues on the platforms that it is built into.

SSTP, in addition, is also very difficult to detect and block. But since it is proprietary, users are not able to access the code unlike open-source protocols. This is a reason why users often choose OpenVPN over SSTP instead. 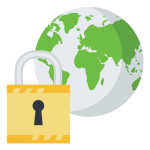 One of the most favored open-source protocols that can run on any port is OpenVPN. It is used in traditional security protocols based on SSL and TLS and for Point-to-Point as well as Site-to-Site networks.

OpenVPN uses both with User Datagram Protocol (UDP) and Transmission Control Protocol (TCP) Port to mask your VPN connection as HTTPS traffic and also get away with blocking.

OpenVPN over TCP provides automatic retransmitting of packets to prevent failed websites and downloads, while OpenVPN over UDP is used for online gaming and voice over internet protocol (VoIP) to avoid interruptions.

OpenVPN has a few limitations though. First, there’s no native integration so non-tech users may find it difficult to install.

A third-party software is needed to set up the protocol although most VPNs already provide this. Second, the unbreakable encryption results to low speeds although recent updates by its strong community have made the compromise less noticed. 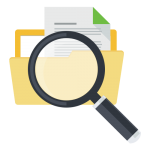 Wireguard is another new VPN tunnel protocol that is already made available in several platforms although the full protocol is still a work-in-progress.

Because of this, the full security level, setup and configuration are still not known. Therefore, the protocol is not common among VPN service providers.

Some of its advantages include updated encryption standards, small code base for easier evaluation, more rapid connection speeds, and improved reliability.

These are often mentioned and used in VPN although these are not technically VPN protocols. Secure Sockets Layer (SSL) and its successor, Transport Layer Security (TLS), are able to create a VPN connection where the browser becomes the client and only specific applications are allowed for access.

You may find this in most eCommerce websites to provide security for online shoppers in their transactions. That is, every time that you connect to an HTTPS website, SSL protects your connection to the server.

TSL, on the other hand, is regarded as much more efficient when protecting against attacks than SSL because it has new components that maximize security features.

How to Pick the Best VPN Protocol

When selecting the VPN protocol type you want to use, it ultimately comes down to user preference.

Aside from ads and pop-ups and slower speeds that are common among free VPNs, a common feature is that they have very limited security protocols.

A quality VPN should support multiple protocols in order to be powerful and adaptable for the end-user.

Over the past few years TROYPOINT has tried many VPN Services and found IPVanish offers the convenience of the following protocols:

Plus IPVanish provides other benefits of a quality VPN:

Which VPN protocol should I use?

You should use the VPN protocol type that fits your specific needs. For the fastest speeds we recommend the IPSec protocol, and for reliability, we recommend PPTP protocol.

What are the types of VPN protocols?

What does it mean if a VPN protocol is closed-source?

It means that it can’t be audited by analysts and security experts independently.

Is L2TP/IPSec, supported by most devices?

Yes, it is supported by most PCs, smartphones and OS.