NVIDIA SHIELD Review After 2 Years of Heavy Use (2021) 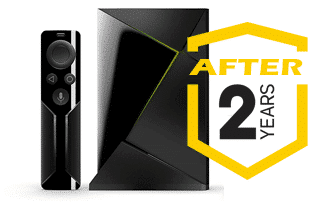 This NVIDIA SHIELD Review was written by Troy from TROYPOINT after using the device on a regular basis for approximately two years.

This device was purchased by TROYPOINT and not donated by NVIDIA.

The second generation NVIDIA SHIELD is one of the most popular streaming devices on the market, and it is known to be the most powerful Android TV Box available today.

You don’t see too many tech products that hold their value as long as the NVIDIA SHIELD has!  This Android TV Box has been considered the best streaming device since its original release in 2015.

In 2017, NVIDIA released an updated model which included the same powerful processor.  The biggest change was a revised form factor with a smaller size and no microSD slot.

They also released an NVIDIA SHIELD Pro model that includes additional storage.  We don’t suggest purchasing this as you can add external storage yourself which will be less expensive than the upgrade.

The NVIDIA SHIELD does come with a higher price tag when comparing to other devices, but it is definitely a premium streaming device.

Those who are serious cord-cutters and gamers tend to purchase the NVIDIA SHIELD due to its powerful specs.  But, for most people, this device is overkill and you should save your money.

What is an NVIDIA SHIELD? 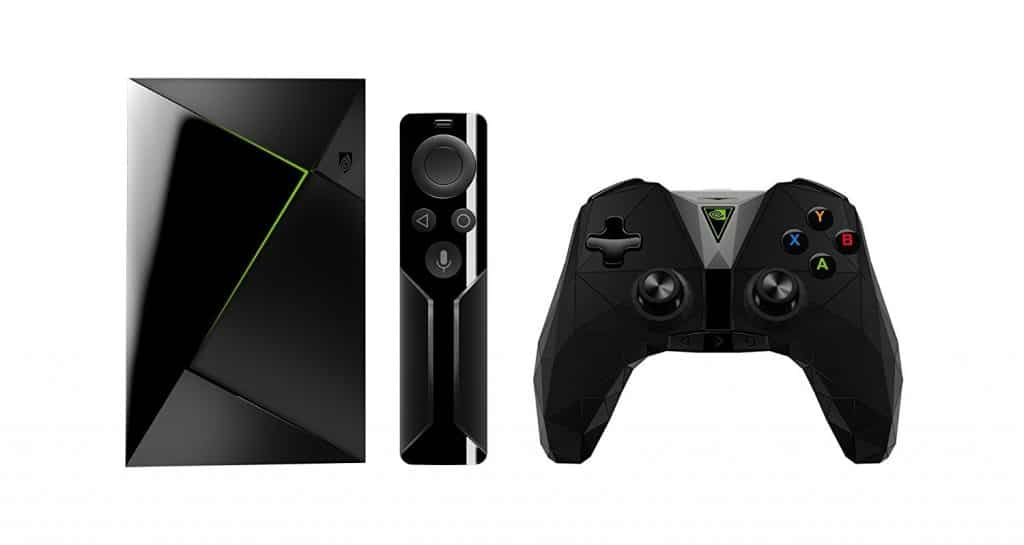 Prior to diving into a full device review, it’s important to understand what exactly the NVIDIA SHIELD is from a general standpoint.

The NVIDIA SHIELD (2nd Generation) is a powerful Android TV Box that serves up hundreds of applications for streaming and gaming purposes, and appeals to a variety of audiences.

This device is for the streamers who want to build a cheap Plex server, cord-cutters, Kodi enthusiasts, regular gamers, and for people who just want as much computing power as they can get.

Important Note: The NVIDIA SHIELD is an Android based TV Box that runs on the Android TV Operation System (OS) unlike most Android TV Boxes that run on the Stock Android OS.

Learn more about the different types of Android TV Boxes via link below. 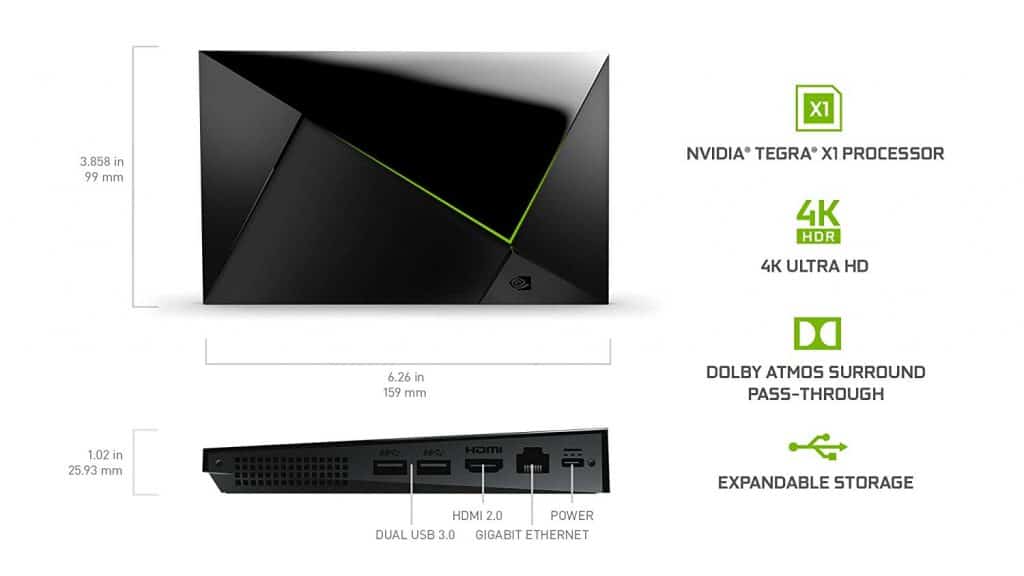 The NVIDIA SHIELD offers some of the best internal specs and features for a TV streaming box. It also comes packaged with a user friendly remote that includes a built-in microphone compatible with Google Assistant.

Listed below are some of the notable specs the NVIDIA SHIELD has to offer:

Note:  The NVIDIA SHIELD Pro includes 500GB internal storage, expandable storage via USB or microSD, and IR receiver.  As mentioned above, we don’t suggest purchasing this due to the fact that you can add your own external storage.

If you are familiar with the Android Operating System or have used other Android TV Boxes in the past, then navigating within the NVIDIA SHIELD will be a breeze. 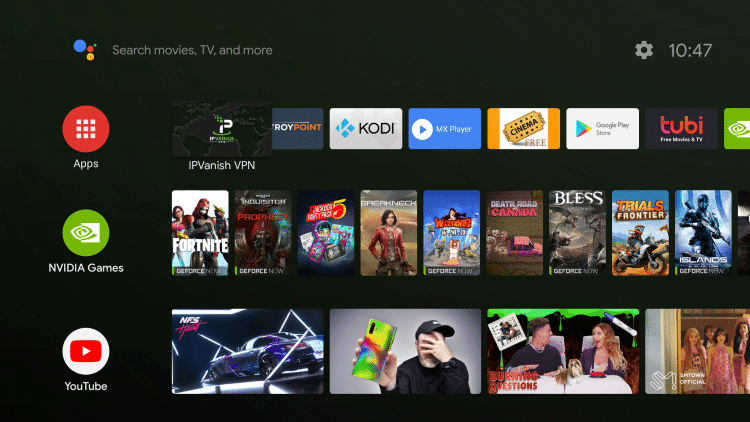 You will instantly notice the variety of applications when first opening the device’s interface. There are thousands of apps to choose from within the Google Play Store.

Android Boxes like the NVIDIA SHIELD are perfect for those who use the popular paid services such as Netflix, Amazon Prime, etc.  These apps perform much better on Android TV OS compared to Stock Android OS. 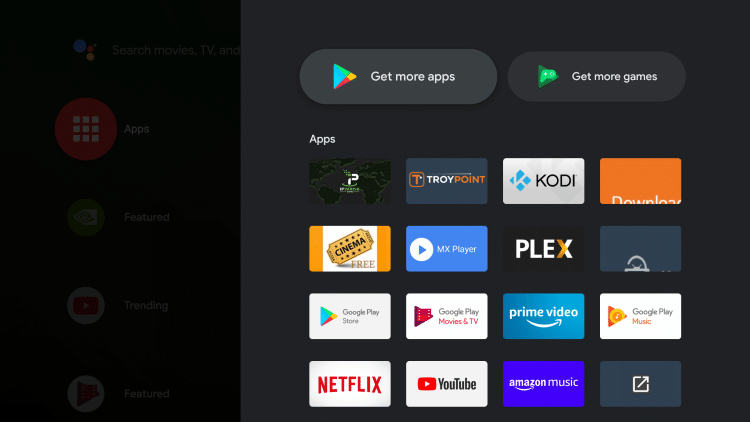 Using Google Assistant for voice commands on your remote is another unique feature. Notice the information in the screenshot below when searching for any Movie or TV Show. 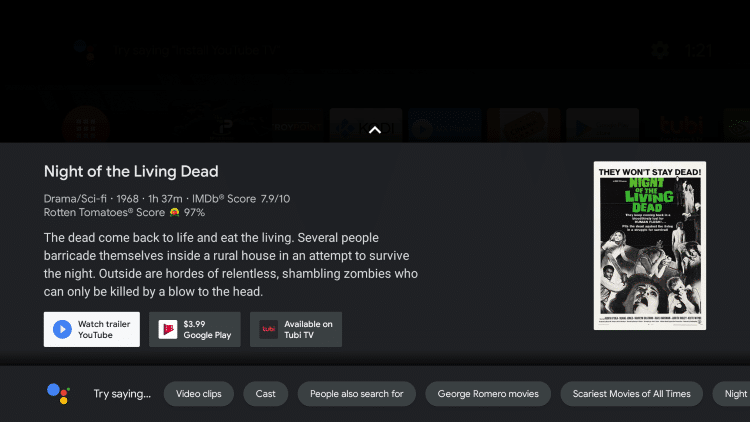 The NVIDIA SHIELD is the most powerful Android TV Box on the market today and it has held this honor since its release in 2015.

The Tegra X1 4 processor allows for fast navigation and buffer-free video playback.  The powerful CPU in this device also makes it a great gaming platform as well.

The true Android TV operating system is nice because it is built for the 10-foot viewing experience.  The user interface is simple to use unlike most generic Android TV Boxes running stock Android. 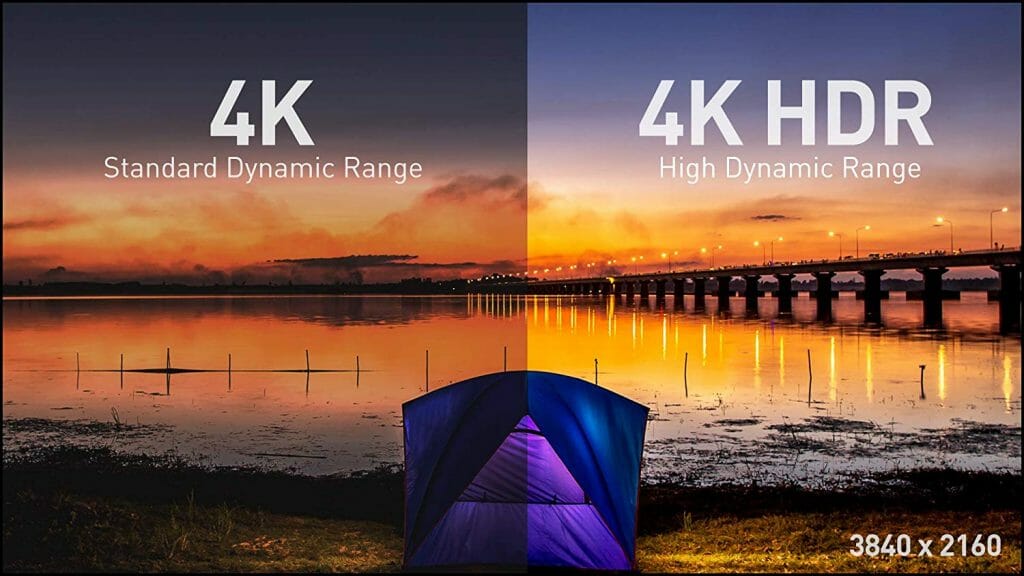 In my tests of streaming 4K video through YouTube, the NVIDIA SHIELD performed flawlessly.  When I pull up the Stats for Nerds window, it shows that only 10 frames were dropped and this was as the beginning of playback which is normal on most streaming devices.

Absolutely no problems at all streaming 4K with my VPN on!

Sideloading applications that aren’t available through Google Play Store is easy to do.  The free TROYPOINT App with Rapid App Installer makes this a breeze and works extremely well on the NVIDIA SHIELD. 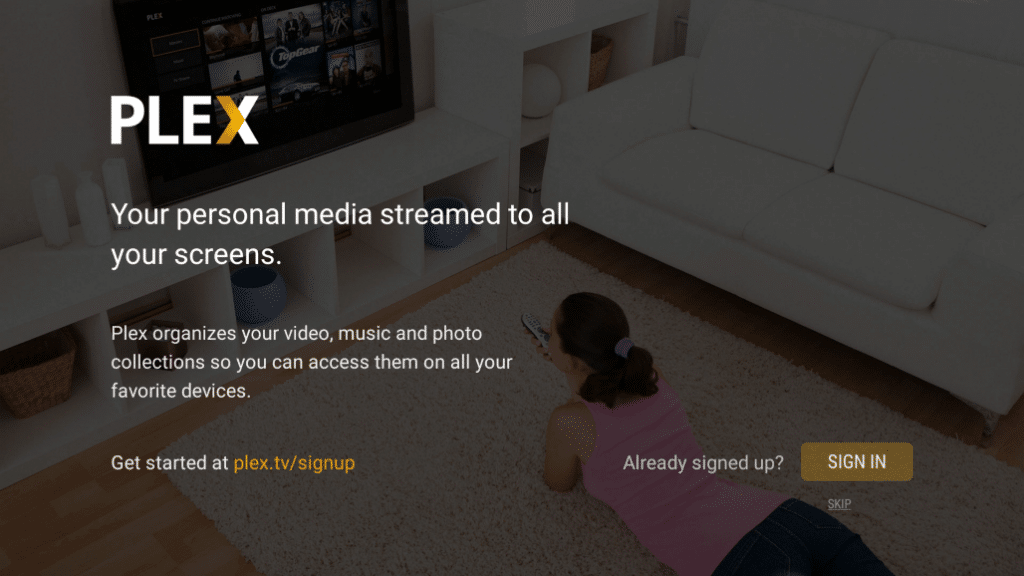 Plex has teamed up with NVIDIA and they allow for users to run a home media server on this system.  This allows for simple media sharing among all of your devices and even when your away from home.  For the serious Plex users, you can upgrade to the NVIDIA SHIELD Pro Model which includes 500 GB of internal storage.  This isn’t necessary though due to the fact that the NVIDIA SHIELD also allows for external storage by way of USB ports.

In full disclosure, I have not used the Plex Media Server on the NVIDIA SHIELD but it is something that I intend on doing in a future tutorial.  I personally use Plex on my Windows 10 PC as of now.

Netflix and Prime Video play in full resolution on the NVIDIA SHIELD.  This is not the case for generic Android TV Boxes running stock Android.  If you’re a big Netflix or Amazon Prime user, this is the perfect streaming box for you. 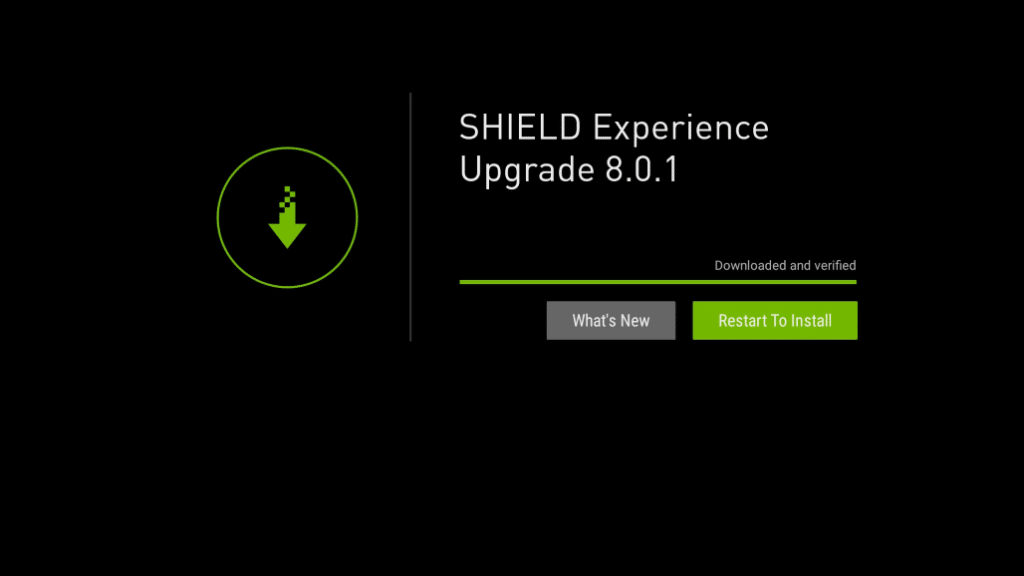 NVIDIA has done an outstanding job of pushing updates to this device.  The update process is simple and they alert you whenever a new update is available or you can set it to auto-update in the settings panel.

There are many more features that I admire about the NVIDIA SHIELD and these are just the highlights.

Unfortunately, there aren’t as many applications available in the Google Play Store as you will find on an Android phone or tablet.  This is due to the fact that these apps must be optimized for the television screen or else Google won’t allow them into the Android TV version of the store.  Yes, this is a disappointment but keep in mind that you can still sideload everything that you need.

The NVIDIA SHIELD doesn’t come with an HDMI cord.  You would think that spending this type of money on an Android TV Box would provide you with everything that you need to get setup quickly.  If you buy one of these, don’t forget to purchase and HDMI cord.

The price is high and this is my main complaint.  Most cord cutters looking for free or inexpensive media won’t be willing to drop over $150 on a streaming box.

The VPN that I am using in this speed test is IPVanish which is the fastest VPN available on the market today.  I used the Speed Test tool within the TROYPOINT App to conduct the testing.

If you are using a VPN, the NVIDIA SHIELD is one of the best devices that you can get due to excellent download speeds.  Running a VPN requires processing power and this is why we see such high download speeds with the SHIELD when VPN is activated.

Is the NVIDIA SHIELD Worth Buying?

When it comes to the purchase decision of whether or not to buy the 2nd Generation NVIDIA SHIELD, there are multiple factors to consider and it is highly based on a user’s preference.

Listed below are TROYPOINT’s recommendations that you should consider when deciding to purchase a NVIDIA SHIELD.

Yes you should buy the NVIDIA SHIELD if:

No you should not buy the NVIDIA SHIELD if:

NVIDIA SHIELD is Overkill for Most Cord Cutters

Its important to point out that the NVIDIA SHIELD is overkill for most people.  You can usually achieve everything that you want to do with an Amazon Fire TV Stick 4K for a fraction of the price.

This is how I look at it.  A Tesla will get me from point A to point B the same way that my Ford Focus will, but the Tesla will be more comfortable.  You can think of the NVIDIA SHIELD as the Tesla and my Ford Focus as the Firestick in this example.

Please tell us in the comments section if you use an NVIDIA SHIELD and your thoughts on this device.