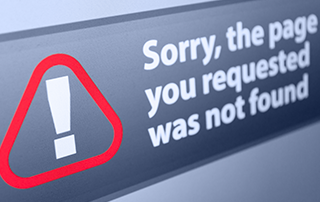 An appeal to reverse a ruling on the blocking of an IPTV Website has been denied by the Canadian Federal Court of Appeals.

TekSavvy, a well-known Internet Service Provider, appealed a ruling made in 2018 that forced the company to block access to IPTV Provider GoldTV.

The “site-blocking order” was the first of its kind and was met with backlash from ISP’s and various 3rd parties.

TekSavvy, among others, made the argument that this type of ruling could lead to hundreds or thousands of similar situations.

The company pointed out that site-blocking measures violate net neutrality and freedom of expression.

This case made major news in Canada as many others saw it as a win for copyright holders.

The decision to force ISP’s to block GoldTV’s website was made by Judge Patrick Gleeson.

Judge Gleeson noted that site blocking is not foolproof as users can still access websites with a VPN or other workaround.

However, he did say that blocking access to the GoldTV website was enough to make a difference:

Other various companies including the Canadian Domain Registry (CIRA) and the University of Ottowa’s legal clinic opposed the blockade alongside TekSavvy.

The appeal however was dismissed by Justice George Locke stating that GoldTV is undoubtedly infringing the plaintiffs’ copyrights.

And after failing to stop the service itself, the site-blocking injunction is the necessary alternative.

This could be a monumental decision that affects other court orders and lawsuits in the future.