You Are Here: Home » VPN

A VPN will provide an encrypted connection to the Internet which will protect your privacy and allow for anonymous streaming, browsing and downloading of files.

A VPN will mask your IP address and make it impossible for your Internet Service Provider, government, hackers, and other organizations to monitor and track what you are doing online.  This is extremely important for those who use streaming applications such as Kodi or any other app that provides free movies, tv shows, live channels, etc.

Kodi users have been known to receive threatening DMCA letters from their Internet Service Provider or government for accessing online streams and various IPTV services.  A VPN will prevent this from happening.

These various streaming applications are usually developed by unknown third parties, which is another reason to be using a VPN.  A VPN will protect your identity by encrypting your connection 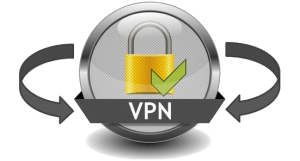 to the Internet and also masking your IP address.

A recent law passed within the United States now allows Internet Service Providers to sell customer browsing, streaming, and download logs to third parties.  Again, a VPN will protect users from this invasion of privacy.

Setting up a VPN is simple and this resource page will help you complete this task.

TROYPOINT recommends using IPVanish VPN due to its blazing fast download speeds and a friendly user interface.  IPVanish does not retain any logs, which means they will never store any information about your VPN session or information on how you used their service.

Why You Should Use A VPN 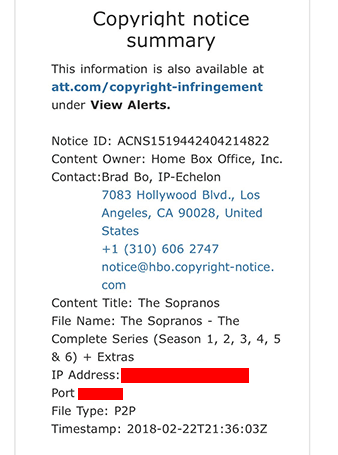 This is the warning that your Internet Service Provider will issue if they don’t like what you are streaming.

A VPN will prevent this from happening because your Internet logs will be invisible to them.

Using a VPN will help keep the following nonsense at bay.

These are the latest developments on the legal side of things and shall serve as another reminder to always connect to your VPN while streaming.

CotoMovies agrees to hand over user streaming data/logs to authorities

Router VPN Tutorial (when you do this, all devices connected to your router will be protected)

IPVanish provides a 7-day money-back guarantee so you have nothing to lose.

Read about how I compared the top-rated VPN services in the following article.

How I Chose The Best VPN For Kodi

Some streaming devices download faster than others while connected to a VPN.  See my test results with the link below.  You will also find a tutorial for improving VPN speed.

Legal Notice: The streaming apps and add-ons covered on the TROYPOINT site may include copyrighted content. Users should only use this technology to access media that falls under Public Domain status and is not protected by copyright.