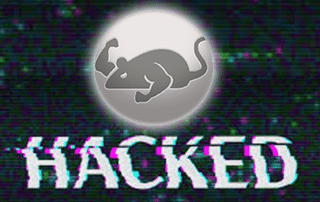 It was recently announced that the popular Terrarium TV Clone, CatMouse APK, has been hacked. It’s important to note that the hack was targeted towards the CatMouse developers and not users.

This hack was aimed at obtaining the CatMouse developers username and password to their server host. This was to gain access to the CatMouse server and redirect all the traffic to an outside source.

If you are a user of CatMouse APK there should be nothing to worry about, as the app doesn’t collect personal information from its users.

Below is another tweet from the CatMouse developer explaining the situation:

everything is going to be okay nothing to worry about, nothing was stolen or anything I can assure that. thats why we gotta use stronger passwords.

As we have seen before, it is possible to hack or breach these APK’s that are side-loaded to streaming devices. That is why TROYPOINT always suggests running a VPN when using unverified apps such as this one.

Because these APKs aren’t vetted by a credible app store such as Amazon or Google Play, we don’t know where these apps are coming from.

Having a VPN will protect you from app developers and hackers attempting to access to any of your personal information. Use links below for VPN Tutorials:

What Does This Mean for Users?

Based on what we’ve learned along with social media updates from the developer, CatMouse APK still looks safe to use. Because the application doesn’t require any personal information, there is nothing for users to worry about.

This attack appeared to simply be a way to drive traffic and users from CatMouse to an outside source.

When issues like this occur it’s also important to always have a backup APK. Check out some of our other recommend APKs and vote for your favorite below!