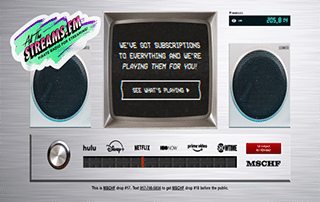 Important Update: If you access the AllTheStreams.fm site you will notice they have stopped streaming content, as they now have a copyright warning message displayed. This was ultimately a PR stunt, and the content was streamed for approximately 48 hours until taken down.

AllTheStreams.fm is a pirate radio site that was created as part of a campaign by a marketing firm called MSCHF.

MSCHF is a viral marketing company that is using AllTheStreams.fm to stream free content from popular streaming services such as Hulu, Disney Plus, HBO Now, Prime Video, and SHOWTIME.

As you will note, the company name MSCHF translates into “mischief” if you pronounce it.  MSCHF is known for bizarre Internet campaigns and this one seems to take the cake.

In speaking with TorrentFreak, the CEO of MSCHF had the following to say:

We don’t have any permissions to be running this whatsoever. But once one network shuts us down, five stand in their place!

It appears that MSCHF is using this site as a boycott against these streaming giants.

It’s clear that AllTheStreams is conducting blatant copyright infringement on the part of MSCHF, as they outright admit it.

Therefore, it’s important to note that if legal action is ever pursued against MSCHF then traffic logs may be turned over.

If you use the AllTheStreams Website without a VPN your IP address will be recorded in their system, which will tie directly back to you.

As mentioned previously, AllTheStreams is a self-proclaimed pirate radio website.

Right on the home screen, they state “we’ve got subscriptions to everything and we’re playing them for you.” 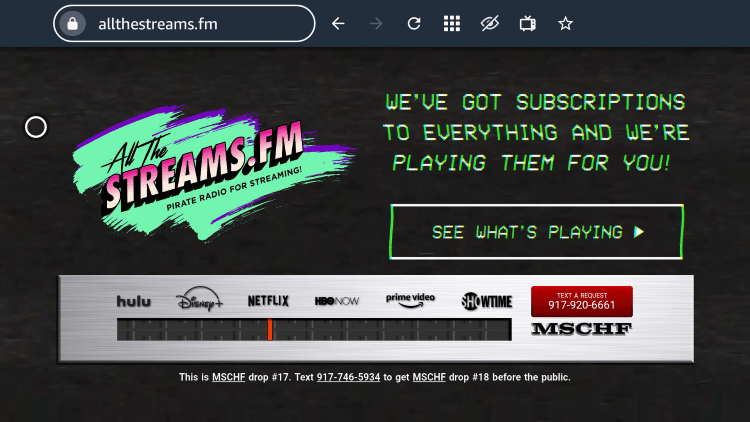 It’s important to note that this site isn’t something where users are able to just choose what content they want to watch. It’s a continuous stream from different providers.

Think of this site as a radio station but for TV Shows and Movies instead. It is essentially serving up a playlist of Movies and TV Shows from the various streaming services shown on their screen.

If you prefer being able to select the exact content you want to watch, we recommend checking out these popular streaming alternatives below.

You will notice the call-outs in the red box and at the bottom regarding a phone number to text.

The red button appears to be a way for someone to request a certain show or movie.

The bottom number provides the user with a way of being alerted of the next drop prior to public broadcast. 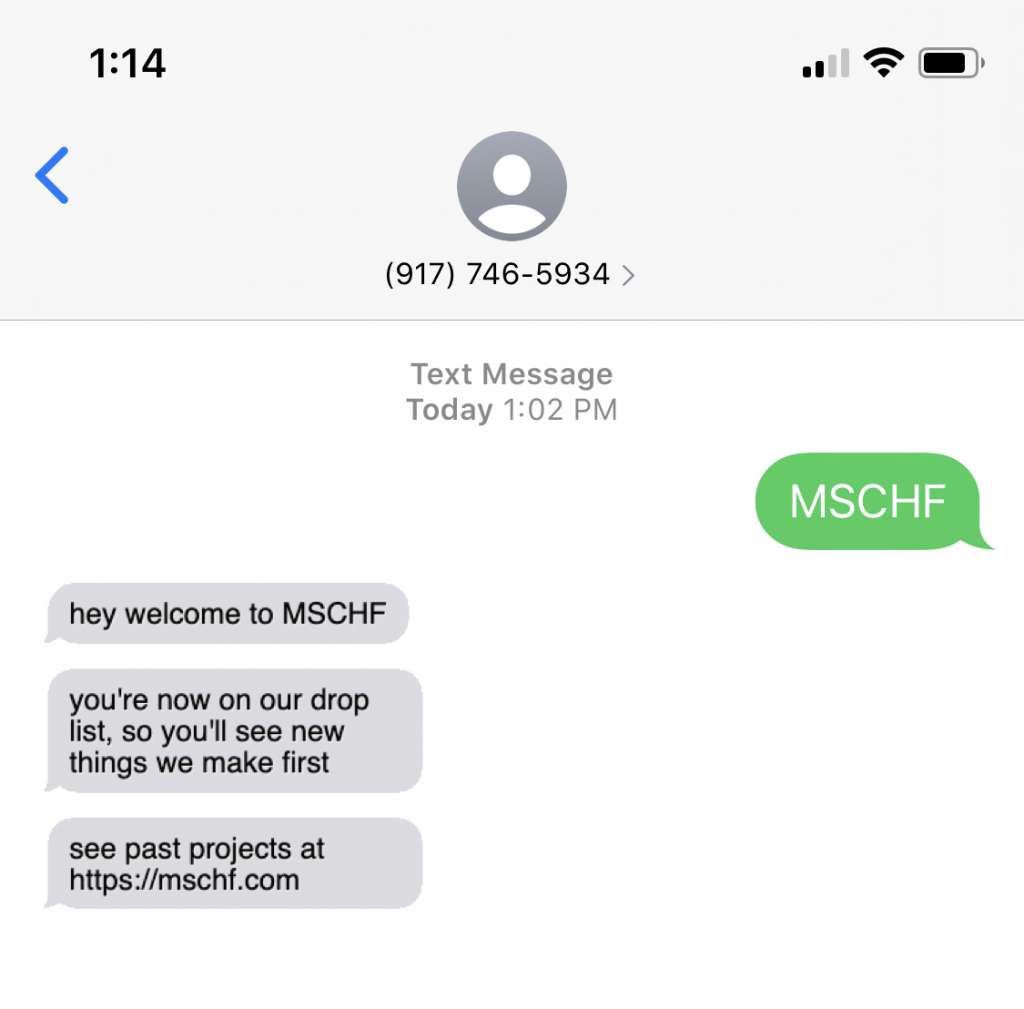 If you look at the MSCHF Website, you will see that they list what appears to be their previous and upcoming “drops”.

They have posted a Manifesto which is available in the top right corner of the AllTheStreams site and it reads as follows.

Netflix has all the Netflix stuff, Disney has all the Disney stuff, and never the twain shall meet. Let’s change that, however briefly.

Whenever media becomes inaccessible, piracy thrives again – from the 1960’s BBC 1-hour limit on pop music, to the iTunes store mp3 tyranny of the 00s. Today, All The Streams comes in response to the fragmentation and walled-garden paradigm that has risen to prominence for online video streaming services.

At a time where “up next” tends to be hot algorithmic garbage, pirate radio offers up the idiosyncracy of human decision across an unrestricted breadth of choice. We’re going to play anything and everything we feel like. We’re going to make a frankensteinian playlist of media that none of these streaming platforms could ever recommend to you because it would cost them the profits of their exclusively-owned content. Sit back and enjoy the ride: like all pirate media offerings, we’re doing this for you.

We want to make it clear that TROYPOINT values the privacy of our followers & site visitors. We write news articles such as this to keep our visitors informed in the ever-changing world of streaming.

What are your thoughts on this crazy situation regarding AllTheStreams and MSCHF?

How many days, weeks, or months do you think this site will be around?