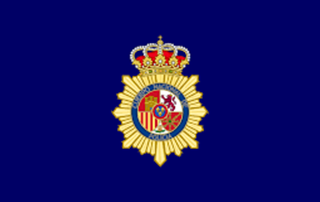 The MPA (Motion Picture Association) Chairman & CEO has received an award for his assistance in the shutdown of the popular Modbro Application.

As first reported by TorrentFreak, Charles Rivkin accepted the Distinguished Cross of the Police Merit from Spanish Police for his work in dismantling Mobdro, a once-popular live television application.

This is regarded as the highest honor a civilian can receive from the Police Force.

Rivkin stated the following on the work done by the Spanish Police and his team at the MPA:

We are deeply grateful to the General Director for his leadership and to the Spanish National Police, for their commitment and partnership in the fight to reduce piracy. Together we have assembled an extraordinary team to tackle this important issue, which continues to be a threat to the global audiovisual community, harming both local and foreign films and businesses, threatening jobs, undermining investment, and stifling creativity.

The most notable operation by the MPA and the Spanish Police was the termination of the popular Mobdro application.

Authorities and the MPA initially began investigating Mobdro in 2018 which eventually led to the Mobdro Developer being Arrested in March of 2021.

This app provided access to tons of live channels from across the world and reportedly had over 100 million users.

What do You Think?

What do you think of the award given to the MPA CEO for his efforts in reducing piracy?


Legal Copyright Disclaimer: TROYPOINT is a tech website that publishes tutorials, news, and reviews. We do not verify if apps, services, or websites hold the proper licensing for media that they deliver. We do not own, operate, or re-sell any streaming site, service, app, or addon. Each person shall be solely responsible for media accessed and we assume that all visitors are complying with the copyright laws set forth within their jurisdiction. Referenced applications, addons, services, and streaming sites are not hosted or administered by TROYPOINT.