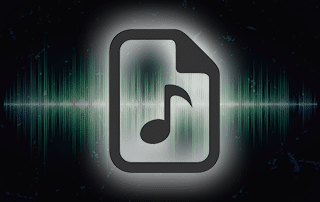 The following article will present and explain the different types of audio file formats and how they are used.

An audio file format is a type of encoded information used to store digital audio data. The quality and even loss of audio data is determined by it.

The most popular audio file format is MP3 but there are other audio file types that can be ideal for specific audio needs as well.

These different audio file formats are found in various music apps that allow users to stream music for free, play songs offline, create music, and even play games. For a list of music apps that can be downloaded to your device, click on the link below:

This article is organized into the following sections:

Audio formats can be categorized into the following:

Uncompressed – These are large audio files commonly used by professional recording studios. With a bit depth of at least 16 bits and a sampling rate of 44.1 kHZ, it brings out the original sound that was created. The downside to this, however, is that it occupies lots of space. Kids of the 90s know about this since their compact discs (CDs) back then contain songs in an uncompressed format. 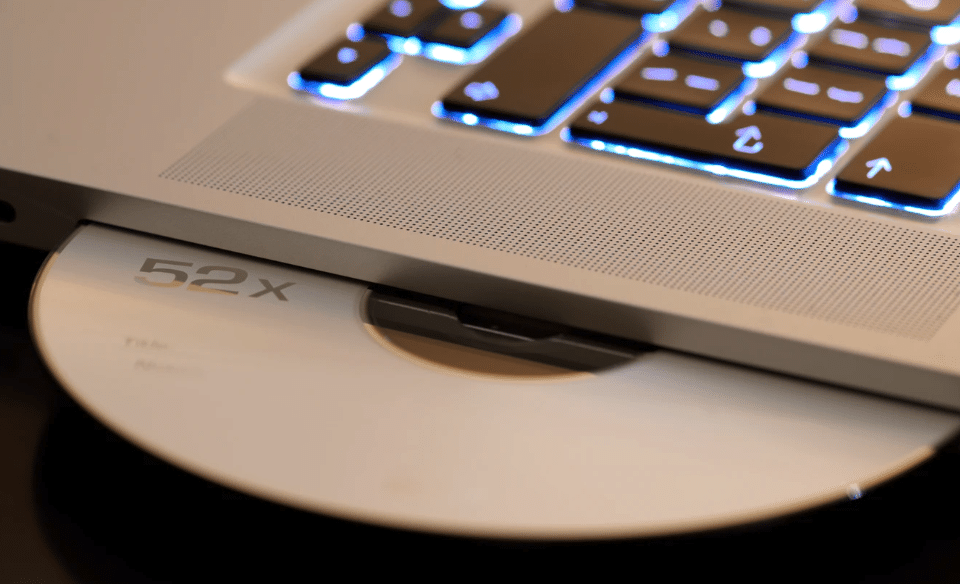 Lossless Compressed – These are lighter audio files compared to uncompressed formats because encoding each uncompressed sound and silence are equal in terms of bits per unit of time. This does not compromise the audio data and keeps it safe from any reduction in quality even if it is considerably smaller than an uncompressed file by about 60% to 70%.

Lossy Compressed – These are the lightest type of files among the three formats. Because the data is simplified and any information that isn’t obviously perceivable is removed, it results to a considerable reduction in quality. In other words, the parts that have the most minimal effect on sound quality is eliminated.

Lossy files are used when internet speed isn’t fast enough to stream high quality audio or when it makes it necessary to download music much faster, which won’t also take up too much space on the hard drive.

With so many different audio file types, assessing them needs a few bases.

Bit depth refers to how loud a recording is. It is the number of bits in each sample. Professional recordings usually have a bit depth of 64 bits, but at least 16 bits will provide some sort of good quality for end-user-type apps anyhow. The higher the bit depth, the more data is captured so that the signal’s dynamic range (the difference between the loudest and softest part of the audio) impacts the recreation of the original sound much better.

The bit rate, or the number of bits within a unit of playback of an audio, determines the amount of data that is processed measured in kilo bits per second (kbps). The higher the bit rate, the better audio quality there is.

What do these bases mean for audio file formats? An audio file with a sampling rate of 8 kHz but a bit rate of only 8 kbps will produce audio with very low quality for a Wave file format.

Likewise, for an MP3 file format with the same sampling rate but with more bit rate of 16 kbps, there will still be a very low audio quality.

I’ve grouped the following popular audio file formats according to each type.

Pulse-Code Modulation (PCM) converts raw analog signals into digital form.The waveforms are usually encoded through a sampling rate of 44.1 kHz and bit depth of 24 bits. The end result is almost exactly similar as the original audio since it has not been compressed.

CDs and DVDs use this format to produce high-quality sound.

Audio Interchange File Format (AIFF) was developed by Apple for Mac systems by the end of the 80s. It contains different types of audio formats as some sort of a “wrapper” but is also known to use up more disk space.

AIFF file format is often found in Apple’s GarageBand and Logic Audio in the form of Apple Loops (which uses the extensions .aiff, .aif or .caf). However, AIFF is also compatible with Windows.

Waveform (WAV) file format originated from IBM and Microsoft in the early 90s, which is their answer to the AIFF. Unknown to many, it’s just a container for uncompressed and compressed files so that large files can somehow be reduced. Most often, these files are in PCM format.

Computer sound files in PCs often use WAV files. Mac devices can open it through the Quicktime multimedia program.

For almost all types of lossless formats, the royalty-free and open format Free Lossless Audio Codec (FLAC) stands out from the rest because it can compress original source by up to 70 percent but still retain every data bit when decompressed.

It was first released in 2001 and is supported by most Android devices compatible with VLC or other third-party players. For software support, encoding, decoding and ripping is supported by Windows, Unix-like OS, Mac OS and cross-platform software.

The Apple Lossless Audio Codec (ALAC) used to be a propriety format when it was first launched in 2004 until it became open-source after seven years. For Mac devices, there is native support for ALAC through iTunes and iOS but there are converter software available that can change FLAC audio files to ALAC.

Depending on the audio file, it can reduce an uncompressed file by up to 60 percent. It supports files of up to 32 bits in depth and 384 kHZ sampling rate. So, for large high-quality audio, ALAC is a good option.

This type of Windows Media Audio (WMA) is a part of the four-codec Windows Media framework. Using variable bitrate (VBR), it is able to compress files with support of up to 24-bit depth audio and 96 kHZ sampling rate.

While its algorithm can perform file compression, users often notice that the end result takes up more space. In addition, other than Windows Media Player, it’s difficult to find support for it. Mac users in particular can’t play it with iTunes or Audacity unless other WMA player software is used.

MPEG-1 Audio Layer 3 or MP3, was launched in 1993 and has shot up to popularity since then. Almost all types of devices support MP3 from Androids to Smart TVs making it a highly dependable, universal audio file format.

However, because it’s a lossy type, there’s a noticeable difference in sound quality compared to PCM, WAV and even FLAC. But because file size is considerably reduced, it’s easer to stream and use.

Advanced Audio Coding (AAC), which came four years after the MP3 was released, provides much better sound quality than MP3 thanks to its more sophisticated compression algorithm.

In addition, converting the same audio into MP3 and AAC will result to the same size. The latter, however, deletes only less relevant information resulting to lower bitrates for the same sound quality.

However, it has never surpassed the MP3’s popularity despite the AAC having more sample rate 96 kHZ (compared to MP3’s 48 kHZ), higher coding efficiency and more flexibility for developers to design codecs. MP3 has already established itself as a reliable format when digital music became a trend in the 90s although today, most mobile devices support AAC already.

The Ogg is regarded as one of the best lossy file formats around and its codecs have been used by many developers in other free and proprietary media players because it is open-source. It was developed by the open-source community who made Linux. However, similar to AAC, it still lags in popularity compared to MP3 because it does not have native support and is not associated with an operating system.

By default, Windows devices cannot play Ogg files so support to Windows Media Player is needed. For Mac, support needs to be installed for iTunes.

The lossy version of WMA is also considered better in audio quality compared to MP3 but less in size. The issue with lossy WMA, however, is that it does not work well with iO since it’s a proprietary Windows format.

Which Audio File Format Should You Use?

Compressed format is good for editing raw audio if you want a quality that’s closer to the original source. It’s usually preferred by sound engineers.

If you want to save space but still listen to your favorite music, lossy compression is a good choice for casual listening. However, if you want better sound quality without the large space of an uncompressed file, then FLAC or ALAC will be perfect for your needs.

Other Types of Audio File Formats

3GA
File extension: .3gp
Contains proprietary formats such as AMR, AMR-WB or AMR-WB+ and is commonly found on mobile phones for capturing and transmitting audio data

Another format based on AMR is Adaptive Multi-Rate Wideband (AMR-WB) with a file extension .awb is used for speech audio coding.

Another advanced format, AMR-WB+ was developed by the firm in collaboration with Nokia and VoiceAge for MMS, PSS and MBMS services.

MPEG-4 Audio
File extension: .m4a (for audio)
The MPEG-4 container format is used to store audio, video, subtitles and still images. The .m4a format is specifically for audio by Apple for iTunes. 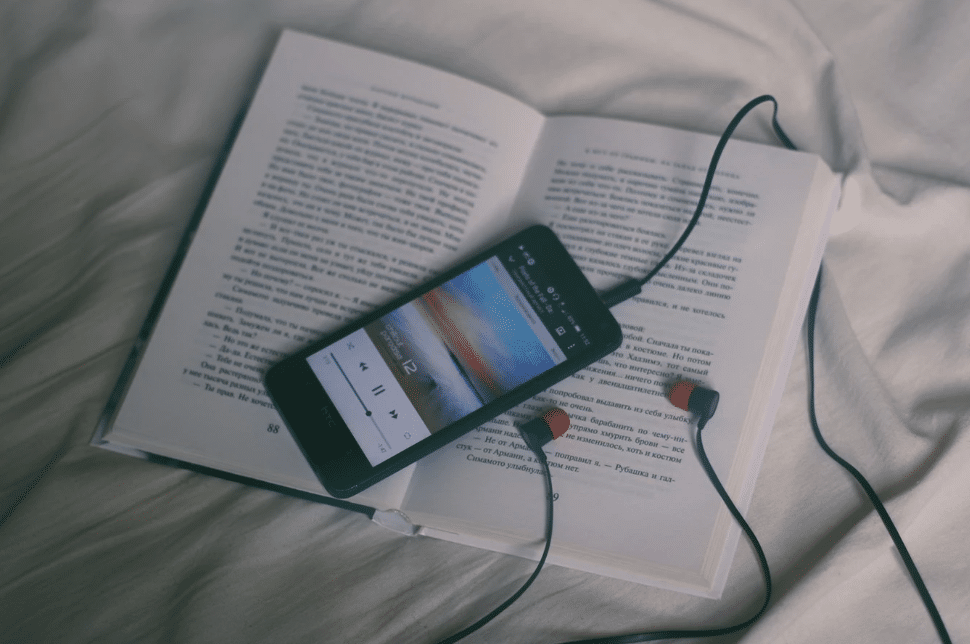 File extension: .m4b
Contained in an MPEG-4 container for AAC or ALAC files for audiobook or podcast.

iTunes Music Store Audio
File extension: .m4p
Limited by the number of devices that can be played on because of Apple’s FairPlay Digital Rights Movement (DRM). It is downloaded from iTunes.

WebM
File extension: .webm
Royalty-free format that can be opened on most web browsers such as Google Chrome, Firefox, Microsoft Edge, Internet Explore and Opera.

For the latest news and tutorials in the tech and streaming world, be sure to sign up for the TROYPOINT Advisor with updates weekly.

This Advisor provides all the best tips to get the most out of your favorite streaming devices and more. Click the link below for your TROYPOINT Advisor Subscription: