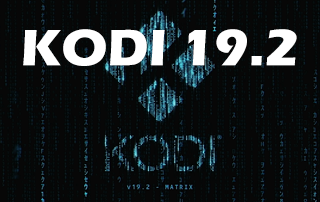 Kodi 19.2 has officially been released and is now considered the “stable” version of this software.

The following article shows the new features, updates, and changes within Kodi 19.2 which have been pulled directly from the official Kodi Website.

Typically, we don’t recommend updating with these small incremental updates but there are quite a few bug fixes that may help with your Kodi experience.

It’s been awhile since the last release of Kodi was pushed out, so naturally, there are quite a few issues that have been addressed.

Important – Please note that TROYPOINT has not tested Kodi 19.2 with popular add-ons and builds.

It’s important to note that there is now a new addon system for 19 which also applies to 19.2.


These should also work fine with Kodi 19.2 as well.

Below are the bug fixes and new features pulled directly from the official Kodi Website.

The big news here is that we can finally make 19.2 “Matrix” available on the Xbox – thanks for putting up with the delay while we fixed the blockers!

Update to Kodi 19.2 on Firestick