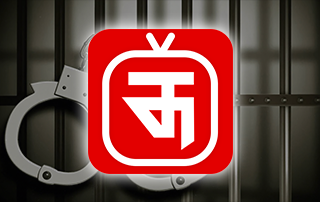 The developer of the popular application ThopTV has been arrested, according to authorities in India.

ThopTV was a popular app on jailbroken Firesticks used for streaming live TV.

Police say an individual (Satish Venkateshwarlu) who is the alleged owner/developer of the ThopTV app has been taken into custody.

According to the report, authorities began investigating ThopTV after a case was filed against them by Star India.

Star India said the following regarding the application:

“ThopTV is a rouge app providing illegal access to films, shows, and live sports on TV without authorization from the original owner.”

In addition to Star Media, the police reported that Viacom18 Media and other broadcast networks had approached authorities in the past with similar complaints on ThopTV.

You can read the entire Press Release from The Times of India below:

Earlier this year, we saw a similar situation occur with the once-popular “Mobdro” application.

The same has happened with other IPTV services like “Gears Reloaded” which was shut down permanently by authorities last year.

If you are looking for the best alternatives to ThopTV, we suggest visiting our IPTV Guide below.

We list the best IPTV providers, apps, players, legality of IPTV, and everything you need to know about live television.

Note: TROYPOINT always recommends using verified, legal IPTV providers for maximum security and 100% certainty these services have the proper licensing for the channels they broadcast.

Protect Your Identity with a VPN

When these situations arise, it is always critical to stress the importance of a VPN.

The most popular streaming device is the Amazon Fire TV Stick and the following guide shows how to install the best VPN on a Firestick.  This process also works on Android TV Boxes as well.

Because we are unsure of who these app developers are, it is vital to connect to a VPN whenever using Streaming Apps to ensure your identity and personal information is hidden from them.

See our detailed guide below for more information on the legality of IPTV and everything you need to know before streaming.

Is IPTV Legal? Read Before Streaming

Legal Copyright Disclaimer: TROYPOINT does not verify if apps, services, or websites hold the proper licensing for media that they deliver. We do not own, operate, or re-sell any streaming site, service, app, or addon. Each person shall be solely responsible for media accessed and should only contain works not protected by copyright. Referenced applications, addons, services, and streaming sites are not hosted or administered by TROYPOINT.