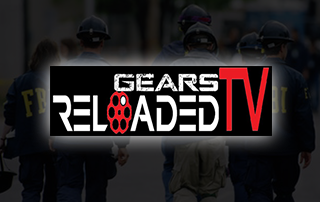 The owner of popular IPTV Provider Gears TV (Gears Reloaded) says he was raided by the FBI, he claims in a YouTube video to his subscribers. You can view the entire video below.

Omar Carrasquillo or OMI IN A HELLCAT as he is known on YouTube, is the owner and developer of Gears TV Reloaded. This is one of the most used IPTV Services available and has been for many years.

In this most recent video, Omar explains the FBI raided and confiscated “every SD card, every camera, every television in my house, houses, every car..”

While the charges against Omar contain copyright infringement details, the raid itself was for tax evasion and money laundering. “They basically seized millions of dollars out of all my accounts, they took cash I had laying around, they took all my jewelry, they took all my kids’ things..”

He then goes on to explain that he knows he is going to go to jail for a couple years claiming “I’m going to take full responsibility for what I did”.

Gears features tons of popular sports channels and packages which are all bundled into the service. This included UK Channels for European soccer and more. The owners of this content reached out to Omar to remove these streams and “when the emails came to my attention, I complied and took it down..”

Users of this service can expect it to go offline if it hasn’t already.

This news comes during a time of increasing pressure among IPTV Providers and users. Only a few months ago a major IPTV Service Management company was target by authorities and shutdown.

While the charges are more than likely to go through, Omar stays optimistic about his actions and their legality.

You can watch the full video by Omar (OMI IN A HELLCAT) here:

What do you think of Gears TV Owner being raided by the FBI?

What do you think about the video above?

Let us know your thoughts in the comment section below.