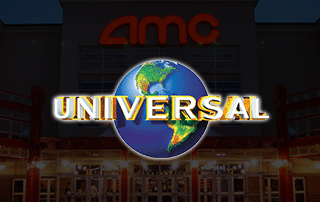 In the wake of the COVID-19 Pandemic, Film Companies and Movie Theaters have had to transition to new methods to keep business afloat.

One of the most notable strategies some are taking is an immediate release of films directly to streaming platforms, instead of the typical “theater-first” model.

After tremendous success with the “Trolls World Tour” launch within Video-On-Demand Services, Universal now plans to do more of the same in the future.

With nearly $100 million in revenue being generated from the movie release, NBCUniversal CEO Jeff Shell had the following to say regarding future releases:

As soon as theaters reopen, we expect to release movies on both formats

This means that some movies in the future will also forego Movie Theaters and instead go straight to your televisions. These will be available on certain streaming platforms such as NBC’s Peacock.

AMC Theatres did not take lightly to the news from Universal to withhold some films from the theaters. After Jeff Shell released comments about Universal’s plans for the future, AMC Theatres chair-CEO Adam Aron had this to say:

It is disappointing to us, but Jeff’s comments as to Universal’s unilateral actions and intentions have left us with no choice,” Aron wrote. “Therefore, effectively immediately AMC will no longer play any Universal movies in any of our theatres in the United States, Europe or the Middle East

This may be problematic for Universal as they are anticipating numerous big movie releases in the near future including Fast & Furious 9 (F9) in 2021.

AMC Theatres is the largest Movie Theater Chain in the US and missing out on Box Office revenue could be damaging for the company’s profits.

What Does All of This Mean? 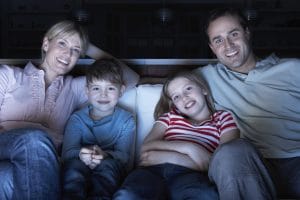 Most TROYPOINT subscribers and visitors are cord-cutters who use these various streaming platforms to watch their favorite Movies, TV Shows, and more.

The news from Universal to switch to a movie release model in which some go directly to VOD Services is enlightening. In today’s digital world, Movie theaters are quickly becoming a thing of the past as prices rise and convenience diminishes.

Many families are vying to stay at home and stream content instead of going out in an effort to save money. The Trolls World Tour movie was priced at $19.99 for a one-time rental.

This may seem steep, but in comparison to a trip to the theaters, is only a fraction of the cost.

What do you think about AMC Theatres’ decision to pull Universal Movies from the box office? Is this method of streaming the new model for movies to be released? Are theaters a thing of the past?

The weekly TROYPOINT Advisor keeps everyone up-to-date on the ever-changing world of cord-cutting.  Use the link below to join the other 500,000 happy subscribers.