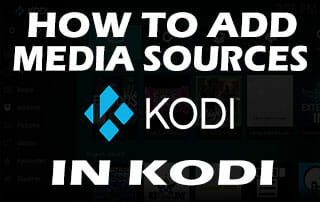 Many people rely on 3rd party Kodi addons such as Exodus and Elysium to stream movies and tv shows.  They don’t realize how well the application can play content from within a home network or usb drive.

Kodi was released in 2002 under the name XBMC which stands for Xbox Media Center.

Its main purpose at that time was to provide an application that allowed a person to stream media from a network connected computer to a modified Xbox.

That’s right, XBMC didn’t work on the typical Xbox, it had to be modified to run the application.  At first, this meant using soldering irons on the motherboard to attach a mod-chip.

As time went on, XBMC evolved and addons provided additional functionality which included streaming media from the Internet.

The true Kodi hobbyists still enjoy accessing their media from a computer connected to a home network (yes, that includes me).

Various applications such as Plex Media Server have now made this more fun than ever and there are Kodi addons that help us connect to this server software.

Kodi isn’t just meant for playing movies and tv shows.  You carry something in your pocket or purse all day long that fits right into the Kodi ecosystem and you probably don’t even realize it.


Now that most of us own a smartphone and take pictures or record video on a daily basis, it is important to have a reliable method to view those memories.

By connecting Kodi to your home computer where those pictures and videos are stored, you will be able to easily access them with a few clicks.

Just think about the photos and home videos that are sitting on your hard drive that you haven’t viewed in years!

This tutorial will show you how to add local media sources within Kodi so you can easily access the files that you have downloaded through or memories you have caught on your phone.

This video covers two methods of accessing local media but the second one that I explain in the video is the best which requires using a computer to store your media.

Keep in mind that you can resurrect a computer that has been gathering dust to complete this task.  As long as you can connect it to your network, you will be in business.

The free TROYPOINT Supercharge Guide teaches you how to install over 60 of the best addons with a few clicks.

How To Add Media Sources In Kodi Tutorial