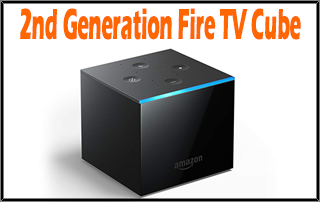 April 2, 2021 Update: Amazon released information about their new Fire TV Stick lineup for 2021 this week. Unfortunately, Amazon hasn’t provided anything better except for a new remote that comes with the 2021 model.  We also learned that the 2018 Fire TV Stick 4K won’t be getting the Fire OS 7 update, only the new user interface.  The reason for this edit is due to the fact that people may want an alternative to the Fire TV Stick and the Fire TV Cube may be the best choice.

The 2nd Generation Fire TV Cube was released in October of 2019 and I first reviewed this when it was released at that time.

Most of what you see in this review will be unchanged except for improvements that may have been made.

This product was not given to TROYPOINT by Amazon.  We pre-ordered this as soon as the news was released about this new model.

The opinions that you find in this article are unbiased as are all of our reviews and product recommendations.

To start, I must admit that I wasn’t a big fan of the 1st Generation Fire TV Cube.  My opinion on the 2nd generation device has improved due to the upgraded power that Amazon has injected into this model.

The 2nd Generation Fire TV Cube definitely caters to those with specific needs which I will outline in this post.

We have included the 2nd Gen Fire TV Cube within our lists of Best IPTV Boxes and Best Streaming Devices.

The first question that interested buyers should ask themselves is, “Should I save $70 and buy the Fire TV Stick 4K instead?”  Let’s explore these differences first.

Below are the major features that set the 2nd Generation Fire TV Cube apart from the Fire TV Stick 4K.

In my opinion, there are three big differences between these models which is internal storage, processing power, and an integrated Echo device.

When comparing these two Amazon devices, you must consider what features you will find useful.

Personally, the Alexa support and integrated speaker and voice control isn’t a big selling point for me.

I still haven’t trained myself to use voice control on any of my devices so this isn’t something that is necessary for me personally.

If you like the idea of controlling your devices with your voice then you will enjoy this new Fire TV Cube. 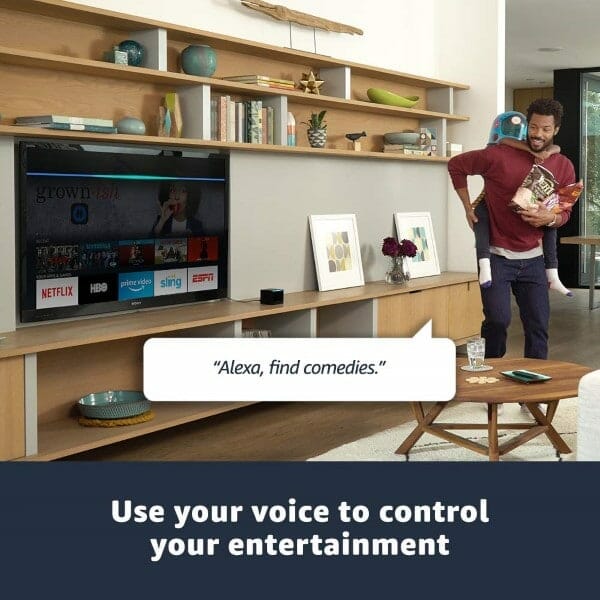 If you’re looking for an Alexa device and a Fire TV, then this device may be perfect.

If this is you, make sure that the location where you set this up near your television will work well for you in terms of the Alexa capabilities.

We already have an Echo Dot in our kitchen and adding another Alexa device to our living room doesn’t make sense because they are so close to each other.

Another selling point of the 2nd Generation Fire TV Cube is the expandable storage option.

Yes, just like the 1st Gen model, you can increase storage and install applications onto peripheral storage devices such as a USB drive.  If you want to do this, you will need to purchase an OTG cable.

I will dive deeper into some of the information mentioned above but at first glimpse, it’s hard justifying spending an additional $70 on the new Cube if you don’t need the Alexa features.

The following tests were conducted through my Gigabit (max 1,000 mbps) Internet service.  The WiFi testing was done through the 5 GHz band on my Asus AC3100 router.

The 2nd Generation Fire TV Cube doesn’t have an Ethernet port so I connected the UGREEN USB 3.0 Hub Ethernet Gigabit adapter by way of an OTG cable to perform the Ethernet speed tests below.

Since most TROYPOINT followers also use IPVanish VPN, I also performed testing with VPN active.

The VPN that I am using in this speed test is IPVanish which is the fastest VPN available on the market today. I used the Analiti Speed Test tool to conduct the testing.

Running a VPN will always decrease download speed due to processing power required and routing traffic through an outside server.

This is definitely one of the best devices that I’ve ever tested in terms of download speed with VPN on.  Wow!

The WiFi chip in the Amazon Fire TV Cube is outstanding as you will see in the tests above.

The new Hexa-core processor on the 2nd Generation Fire TV Cube definitely packs a punch.  Many have compared this power to be on equal ground of the 2019 NVIDIA Shield Pro.  For reference, the NVIDIA Shield Android TV Pro comes in at 1448 Single-Core and 4201 Multi-Core.  So, you will see that the Amazon Fire TV Cube is almost just as powerful at a much lower price.

I can certainly see a difference in how fast applications load on this new Cube.  Things are very snappy, just like the NVIDIA SHIELD.

Below, you will find Geekbench benchmarks for each of the Amazon Fire TV models.

The Geekbench benchmark conducts numerous tests that primarily tax the CPU but also measures other system hardware, such as the memory.

Each test is run on a single CPU core and then on all of the CPU cores available.

Most of the tests performed would never be used in a real-world situation on your device, but the results give you a good idea of how each device will perform when looking up data, launching apps, browsing the web, and more.

You will see that the new Fire TV Cube blows that system out of the water in terms of the benchmark scores above.

As mentioned above, I also like the fact that we can expand internal storage on this device.  I sure wish that Amazon would provide a software update so that we can do the same on the Fire TV Stick 4K.

Amazon has done a good job of rolling out updates for this system.

I tested quite a few sideloaded APKs and they all worked great.

If you are in the market for an Alexa device and Fire TV, this model supports both of those wishes.  You basically have an Echo and Fire TV device bundled into one unit.

The price is too high.

I would be curious to see how this unit would sell if they removed the Alexa capabilities and sold it for $99.

Amazon shoots themselves in the foot on this one due to the fact that their Fire TV Stick 4K is so darn good.  In my opinion, most people will compare the 2nd Gen Fire TV Cube with the Fire TV Stick 4K and realize that the additional $70 isn’t worth it.

Yes, they will get a lot more power with the new Cube but that extra power may be overkill for what their needs are.

The new Cube comes with 16GB of internal storage and it would have been nice to see at least 32GB.

Yes, we can use an Ethernet adapter on this device, but why isn’t it just built into the box?  Same thing holds true for USB storage.  Yes, we can plug a USB thumb drive into this by way of OTG cable but it only supports USB 2.0 instead of the modern USB 3.0.

We see these inexpensive Android TV Boxes sporting three to four USB ports along with an Ethernet port to boot for half the price!

I truly like the power that I see with this new Fire TV Cube!

The consumer must decide whether the additional processing power, internal storage, and Alexa features are worth the extra $70 as compared to the Fire TV Stick 4K.

I would say that the additional storage and ability to expand internal storage are the big selling points of the 2nd Generation Fire TV Cube.  This is because those of us who use a Fire TV Stick, often run out of storage.

Would I personally pay an additional $70 for this device?  No, but I don’t run out of storage as I only use a handful of applications.  For those of you who do need the additional storage fore apps, movies, TV shows, games, and more, this may be worth the extra dough.

Gamers may find the new Fire TV Cube to be a great system for emulators that can’t perform properly on the Fire TV Stick 4K.  The extra CPU boost may help in this department.  But, its still important to note that this system won’t run emulators or any app that requires a 64-bit OS.

Unfortunately, Amazon follows the same path as other tech companies such as Apple.

They refresh their products on a regular basis but with minimal improvements.  It would be nice to see some big updates when these new devices are released.

In this case, that could have been as easy as including USB ports, a built-in Ethernet adapter, 64-bit OS, and increased internal storage. 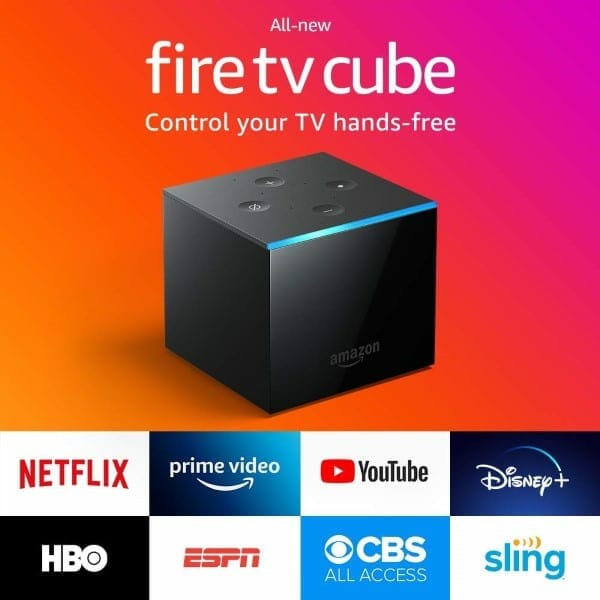 *HDMI cable is not included.

I rate the 2nd Generation Fire TV Cube 4.5 stars out of 5